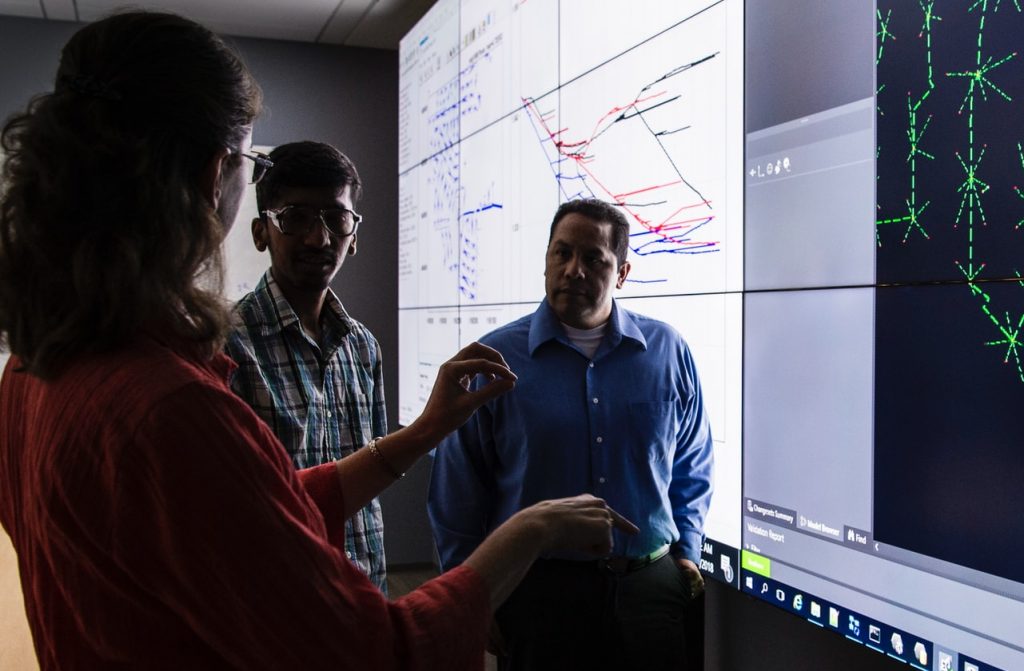 Collaboration in interdisciplinary (and other) teams

This is about collaboration: for interdisciplinary research, for policy development (acknowledging that there may be crossovers here) and for projects among postgraduate students. Hopefully, there will be something for everyone here.

For researchers working on projects within an interdisciplinary team

In an effort to gain further economic returns and social standing, universities increasingly strive to promote research across disciplines and with government or commercial agencies. This is a well-known experience for many of you and a practice Helen Woods states is often unnecessary. Woods herself works in such a partnership of the Wellcome Trust, Digital Science and the Universities of Sheffield, England and Leiden, the Netherlands. The drive to develop impactful research has resulted in so-called impact training, and Woods interviewed an unstated number of professionals across the natural sciences, humanities, science and social sciences, most of whom thought such training to be ineffective and irrelevant if it was not closely connected to their own research context.

The positives occurred when people with different backgrounds complemented one another, for instance when theoretical knowledge could be paired with empirical data, or when the partnership resulted in a successful mixed method approach. Concerning in such team efforts is when funding is not balanced across its members in different disciplines. For the sake of comparison it might be helpful to look at some UK initiatives to make funding more transparent.

Susan Dodsworth and Nic Cheeseman have shared some insights into collaborating while maintaining a professional distance, impartiality and confidentiality with collaborative agencies, in this case ones involved with international development policy. (It goes without saying that this is an area full of complexities, differing values, the legacy of colonialism and globalisation and the odd hidden agenda). Again the funding issue was raised. They make the point that it was difficult to obtain high quality consent to research when a government funded agency may see this as part of what it needs to retain further funding.  They also offer some words of warning about the contractual arrangements for publication, especially concerning the researcher’s right not to have part of the work vetoed. They are careful not to identify any such cases and finish by stating it was not an issue in their project with the Westminster Foundation for Democracy. While this complex context might not seem relevant to most of us, maybe there are some parallels concerning how to avoid potential issues.

For postgraduate students working on a research team with academics

Some very practical advice for research collaboration when you are a relative newcomer comes from Megan Poorman of Vanderbilt University in the United States. This early career researcher is quite frank about clarifying the nuts and bolts of working on an academic’s research team as a postgraduate student. Some of what follows seems very straightforward but I hadn’t considered work styles, for instance.

Poorman encourages investigating the project’s scope, relevant regulations about procedures you may undertake, and the backgrounds and work styles of individuals in the team. She also emphasises setting up communication channels and expectations right near the start, acknowledging that postgrad researchers should devote the same attention and effort to their participation as they would to a full-time job.  Similarly, postgraduate students need to clarify their role and what collaboration might involve in terms of any extra effort they may make. She urges regularly contacting the research supervisor and warns:

“Document everything. Expect that things will go wrong sometimes and stay calm about resolving it as a team.” Further ideas here.

For early career researchers on finding a mentor

Carsten Lund Pedersen works in the Marketing Department at the Copenhagen Business School. This author takes high impact to mean a simple metric only, the number of citations. Even so there is some intriguing advice on identifying kinds of mentors who may have the time to help early career researchers to polish their skills: the technician, the promoter and the rock star.

What kind of researcher are you?

While we are looking at typologies, the same author has another one for all researchers which involves your epistemological approach and what kinds of paradigms interest you.

Do you prefer to investigate from the point of theoretical reasoning first, before investigating? Or do you tend to look at the observations or evidence before developing your theoretical base?

Does your research explore within the established paradigms of your field or outside its theories, assumptions, methods and previous studies?

Examples here.  Interestingly Pedersen states this 4 part typology matrix can be applied to different universities or schools within them to identify commonalities of approach and “potential blind spots”. It is also possible to use it to map research funding allocations made by specific funding bodies.